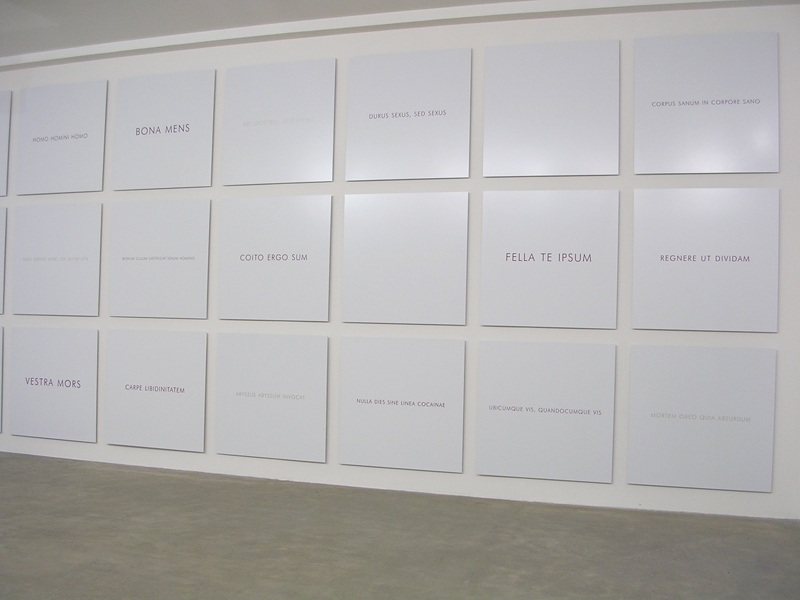 From February 10 to 24, display in Besançon, in advertising lollipops of Latin phrases (serigraphs presented on part of the Decaux network)