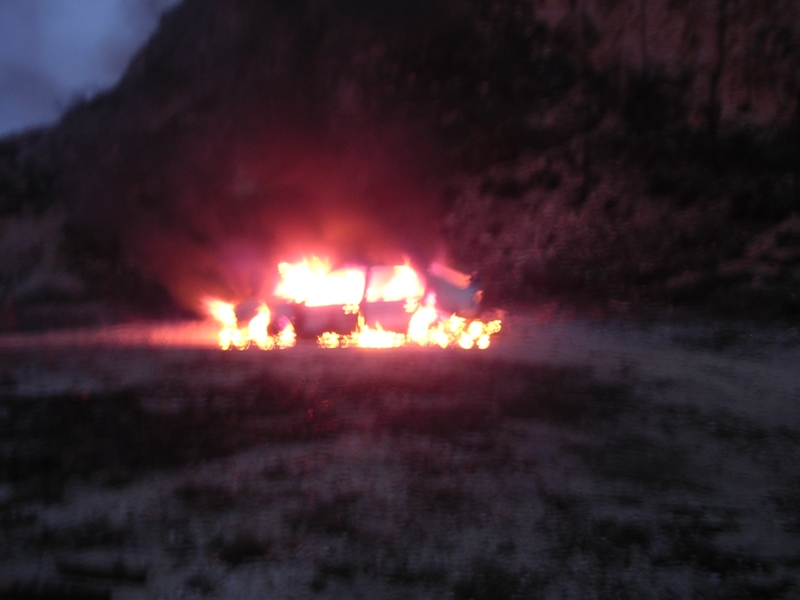 ALFA ROMEO ET JULIETTE, 2008, 45 mn
… Symbol of a constant revolt and ceaselessly activated, the car here is at the end of the race and is immolated in a sacrifice of the object. The artist burns his worn Alfa Romeo. By repeating the gesture of revolt on his own object, he shows how the artist goes to the end of the matter even in this sacrifice of herself. He appropriates the relay to the thing until the end, where the revolt of the cities only produces a fire-burning. Autodafe is not a sacrifice; it is a sign of a perverse order when the sacrifice attempts to found. A game on reality, Jérôme Conscience’s work here plays with signs of violence by showing its agreed side.